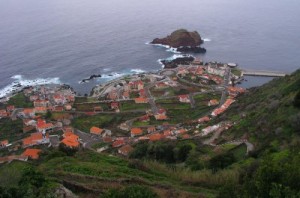 A Flood chaos of destruction and victims devastated the Portuguese Island of Madeira, last February 20. It was noticed in several international media, as you may already have read somewhere.

42 people have been killed in the rainstorm on the Portuguese island.

Search teams looked for victims amid debris, after mud and rock swept through Madeira. Because that, it was very difficult the recognition of some of the victims.

The Portuguese Dental Association offers its support to the Portuguese government to assist in identifying victims through observation an analysis of the registration dental clinic. At the end, all victims were identified with the help of dentists, too. Well done, said the Portuguese Government.

I want to thanks to all my colleagues from Madeira their spontaneous answer and efforts on getting all missing identity victims. Their work was very important.

This entry was posted on Wednesday, March 24th, 2010 at 11:21 and is filed under Countries, Portugal. You can follow any responses to this entry through the RSS 2.0 feed. Both comments and pings are currently closed.