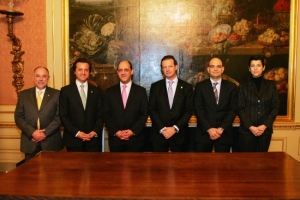 More than one hundred dentists appeared for the ceremony of inauguration of term of the statutory board of the Portuguese Dental Association (OMD) for the triennium 2010/2012, which took place in Palácio Foz in Lisbon.

The new board presented the following as main goals and guidelines for the three-year term it now begins:

– Widening the range of the National Oral Health Program, commonly known as dentist-cheque program, to include other age brackets and social groups;

– a national subsidy system for all the users of the National Health System (SNS) regarding Basic Oral Health care;

– integrating dentists in the hospitals of the SNS and health centres, with a specific career plan, similar to other health professionals with comparable training;

– creating mechanisms that ensure proper wages and proper professional practice conditions for the young dentists, which allow a dignified practice. 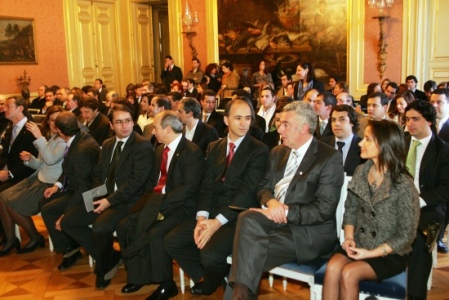 Palácio Foz where the inauguration took place with the new leaders standing out. 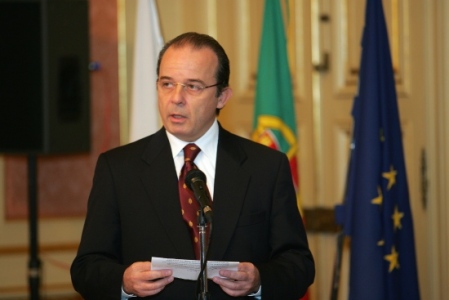 Gil Alcoforado, outgoing Chairman of the Board of the OMD’s General Assembly. He took this opportunity to point out two mains issues that currently affect dentistry in Portugal: 1) growing number of professionals and faculties 2) and “the precarious employment conditions, almost inhuman, of some of our colleagues”. 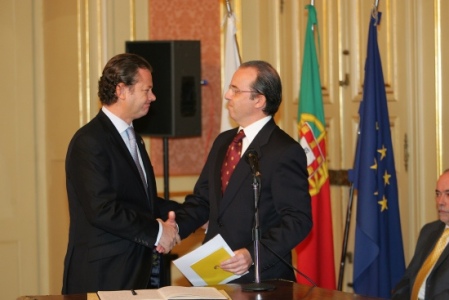 Passing on the mandate from Gil Alcoforado to João Caramês, appointed Chairman of the Board of the General Assembly. 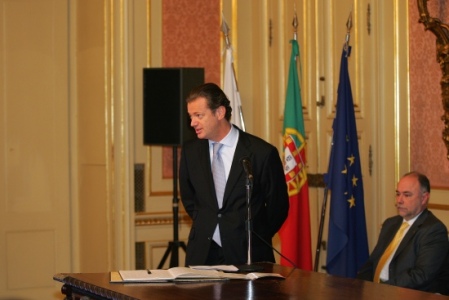 João Caramês presented the guidelines of his mandate. He stated his pride concerning the participation of dentists in the elections. Caramês pointed out that “the General Assembly is the space where every dentist can freely express themselves”.

Paulo Melo begins his term as OMD’s secretary-general, president of the Board for the triennium 2010/2012, well aware of the challenges ahead.

João Braga, outgoing secretary-general, delivers farewell speech. “When I joined the OMD 15 years ago, there were one thousand dentists. Now we are 7 thousand”. In the future “I will continue to fulfil my duties as dentist by participating in the General Assembly”. Regarding the role of secretary-general, João Braga defended that it should not be suppressed in future revisions of the OMD’s statutes. 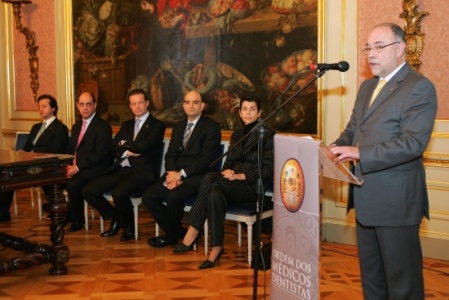 João Aquino, re-elected President of the Ethics and Professional Conduct Committee (CDD). “The essence of the Health profession is to serve the patient. It is a free choice we make”, he reminded. “CDD is a guarantee of this principle, but it is not the only one, since it is every dentist’s responsibility to fulfil their individual part “. João Aquino, preparing for a fourth mandate as President of the CDD, stated that “I don’t feel the weight of the Office because I have a team of excellence and plenty of common sense”. 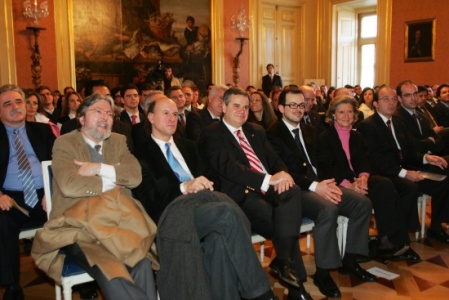 Orlando Monteiro da Silva, President of the OMD re-elected for the fourth mandate. In the most participated elections of all times, won with 62% of the votes, “we are, therefore, highly motivated to take on a whole new set of commitments with all the colleagues and with Portuguese dentistry”. 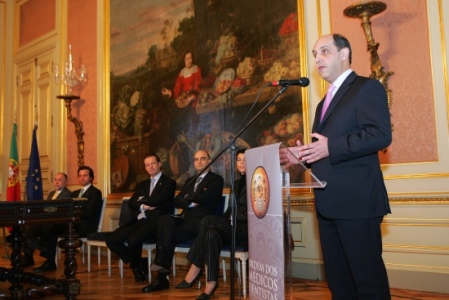 Manuel Pizarro, joint secretary of State of Health, closed the inauguration. He highlighted the “enormous” technical qualification of dentists. Referring to the dentist-cheque program, he reminded that the evaluation of such a project takes time. “It is an innovative program because the State is not the health care provider but instead it is the contractor”. The secretary of State guaranteed the annual widening of the dentist-cheque program.

This entry was posted on Friday, January 15th, 2010 at 18:23 and is filed under Countries, Portugal. You can follow any responses to this entry through the RSS 2.0 feed. Both comments and pings are currently closed.