Porto, my city, has June as the highlight of the most famous, traditional and colored festivities of the year. Every 24 June Porto citizens celebrate the birthday of St. John the Baptist. This municipal holiday had celebrated this year its centenary.

Porto gets dressed up with joy, lights, sound and a lot of frenzy. Everyone jumps to the streets, to celebrate this patron saint, which is a mixture of pagan festivities with religious celebrations. There is place for all kind of tastes and different activities.

Some of them come out onto the streets to launch the traditional St. John paper balloons into the sky providing hundreds of points of light, and to fill up the banks of the Douro River to watch the fireworks. Almost the Porto streets have music and crowds of people dancing, too.

By my side, I had jumped to join the traditional St. John Race. Just around 1900 people crossed the line. It was a good race to improve and test my shape! 9.4 miles nonstop! 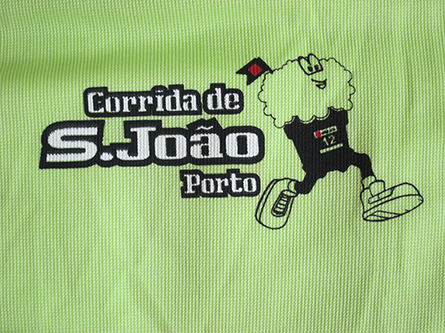 END_OF_DOCUMENT_TOKEN_TO_BE_REPLACED

Non-communicable Diseases: Millions of deaths can be prevented

Last Thursday, June 16th, in New York, at the United Nations, a very important hearing regarding the prevention and control of non-communicable diseases took place.

The UN headquarters in New York

This interactive hearing, organized by the President of the General Assembly, Mr. Joseph Deiss, involved non-governmental organizations, civil society organizations, the private sector and academia. All Member States were invited, too. FDI was there taking a strong position on this issue, once more without losing the opportunity to identify steps for a future action plan.

Jean-Luc Eiselé spoke on behalf of WHPA, too.

Non-communicable diseases:  cardiovascular disease, cancer, chronic lung diseases and diabetes – kill three in five people worldwide. We could ask why there are no more negotiations and outcomes to prevent this kind of diseases worldwide. Maybe because its own name doesn’t help. Regarding this opinion, I underline the report of HRH Princess Dina Mired (Jordan) at the opening session: diseases denominated non-communicable are undervalued in its impact on public opinion. It’s like if they are not communicable there is no need to communicate it or release it, so it’s not important. We have the idea that only what is communicable it’s important, so we have here an elementary problem in drawing attention. And more than ever, social mobilization efforts are needed.

I am deeply concerned with the outcomes of this hearing, which will form the basis for the high-level meeting of the UN General Assembly, next September, where I also hope to be present. Our purpose should be to join several opinion makers in order to bring more inputs to this discussion and create a strong circle for a strong call of attention. 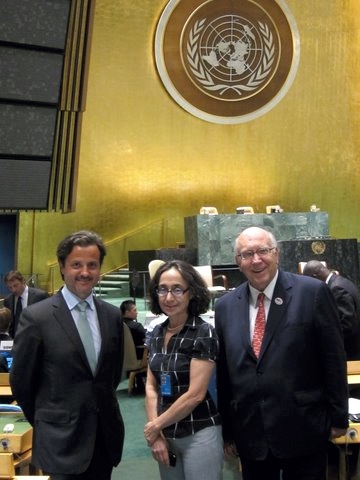 Me, Marion Bergman (Miracle Corners of the World) and Roberto Vianna

Comments Off on Non-communicable Diseases: Millions of deaths can be prevented |

Dr. Pedro Passos Coelho is the new Prime Minister-elect of Portugal, elected last 5th June. He will lead a centre-right government that has the purpose to implement a demanding austerity programme to make sure that Portugal honoured the terms of the bail-out and achieve new prosperity.