After half an hour overflying Montevideo, waiting for landing conditions caused by the volcanic ashes cloud prevenient from Chile’s Puyehue-Cordon-Caulle volcano, about 800km (500 miles) south of Santiago de Chile, that began erupting, I landed on the 16th night at Carrasco Airport.

The day after I visited the pre-congress courses of the XIV CIO and 65th anniversary of the AOU.

This same afternoonm, the 17th, me and Alvaro Roda had a meeting with Dr. Jorge Venegas, Public Health minister of the Oriental Republic of Uruguay. We had a chance to present FDI and some of its projects. We discussed national health policies, too. The Health Minister will also attend the World Conference on Social Determinants to be held in Rio de Janeiro, Brazil, 19-21 October. Once there, he will be chairing one panel “Making Policy Coherent at the National Level”, of the programme’s conference.

The next day, the 18th, me and Alvaro Roda had a meeting with Dr. Diego Cánepa Baccino, Prosecretario of the President of Republic Oriental Uruguay. Thought, another important political decision maker was informed about FDI and the profession proposals in Uruguay. 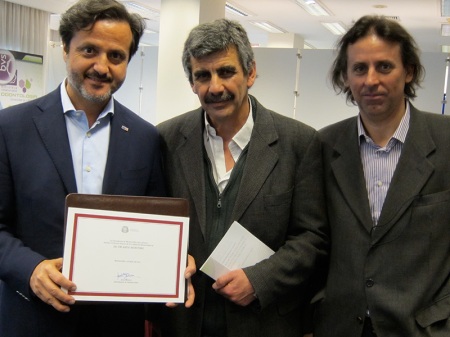 On the afternoon, we had a long meeting with the director of Social Development, Health Department of the Intendencia de Montevideo, Pablo Anzalone.

The oral health program in the Montevideo area and FDI approach was the center of the discussions. Finally, I had the enormous honor of being declared by the mayor of Montevideo Municipality, Intendencia de Montevideo, Ana Olivera honorable guest

And also honorable member of the Uruguayan Dental Association (socio honorario de la Asociación Odontológica Uruguaya), on their General Assembly of the 30th March, by unanimous decision. Great Honour for me and FDI! 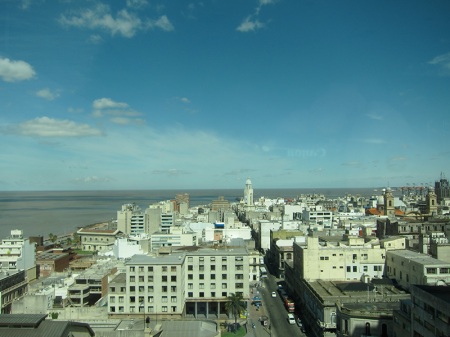 From the building of Presidency of Republic, a nice view to the city…

Than I had a break so I could do a jogging at the Montevideo seaside. 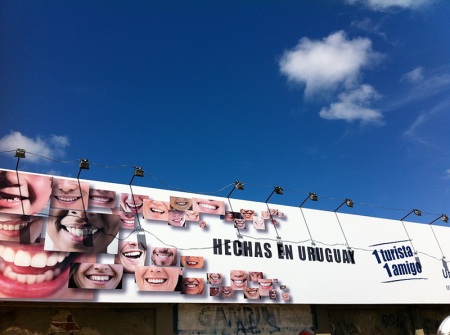 While jogging, a outdoor with beautiful smiles caught my attention… Hechas en Uruguay!